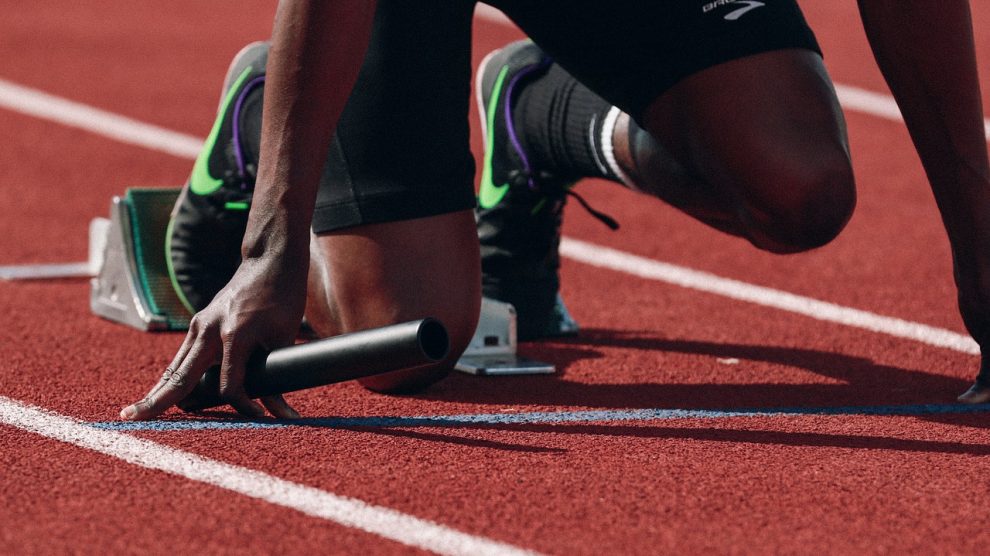 Although it is most of the time over within ten seconds, there is an impressive amount of technology being used during the men’s and women’s 100 meters sprint at big events like World Championships and Olympic Games.

The current high-tech technology is quite some steps away from just firing the starting gun and recording the time.

The new generation of starting pistols offers a variety of functions. When the starter presses the trigger, you can hear a loud ‘BANG’, a light flash is generated and the starting gun is also giving a start pulse to the official timing device.

Each starting block has a speaker, so that all athletes competing in the 100 meters sprint hear the sound from the starting pistol at exactly the same time. The blocks are also equipped with so-called false start sensors. These sensors notice when the foot of the sprinter leaves the starting block and if this happens within one tenth of a second after the sound from the gun, the block gives a signal to a laptop and a second starting gun, which is fired to signal a false start. According to research, one tenth of a second is the fastest possible reaction time. The laptop will immediately indicate which athlete made a false start, which means disqualification.

However, the use of technology does not stop at the starting line. At the finish line, there is a laser beam. When a sprinter crosses the line, the beam brings a signal to a timer, which is able to recognize the lane of the athlete and records the time to one thousandth of a second.

If a photo finish needs to provide clarity about the final results, then officials can check a photo finish camera, which is able to take more than 2,000 pictures per second. The images of this high tech camera are synchronized with the time clock.

Over the past years, there has been also focus on improvement of the track surface. An ideal track has a good vertical compression, traction, shock absorption and is slip resistant.

Benefits of running in cold weather